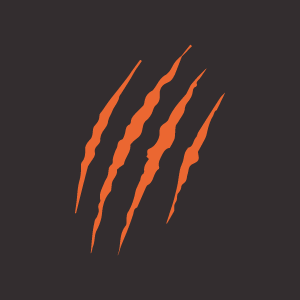 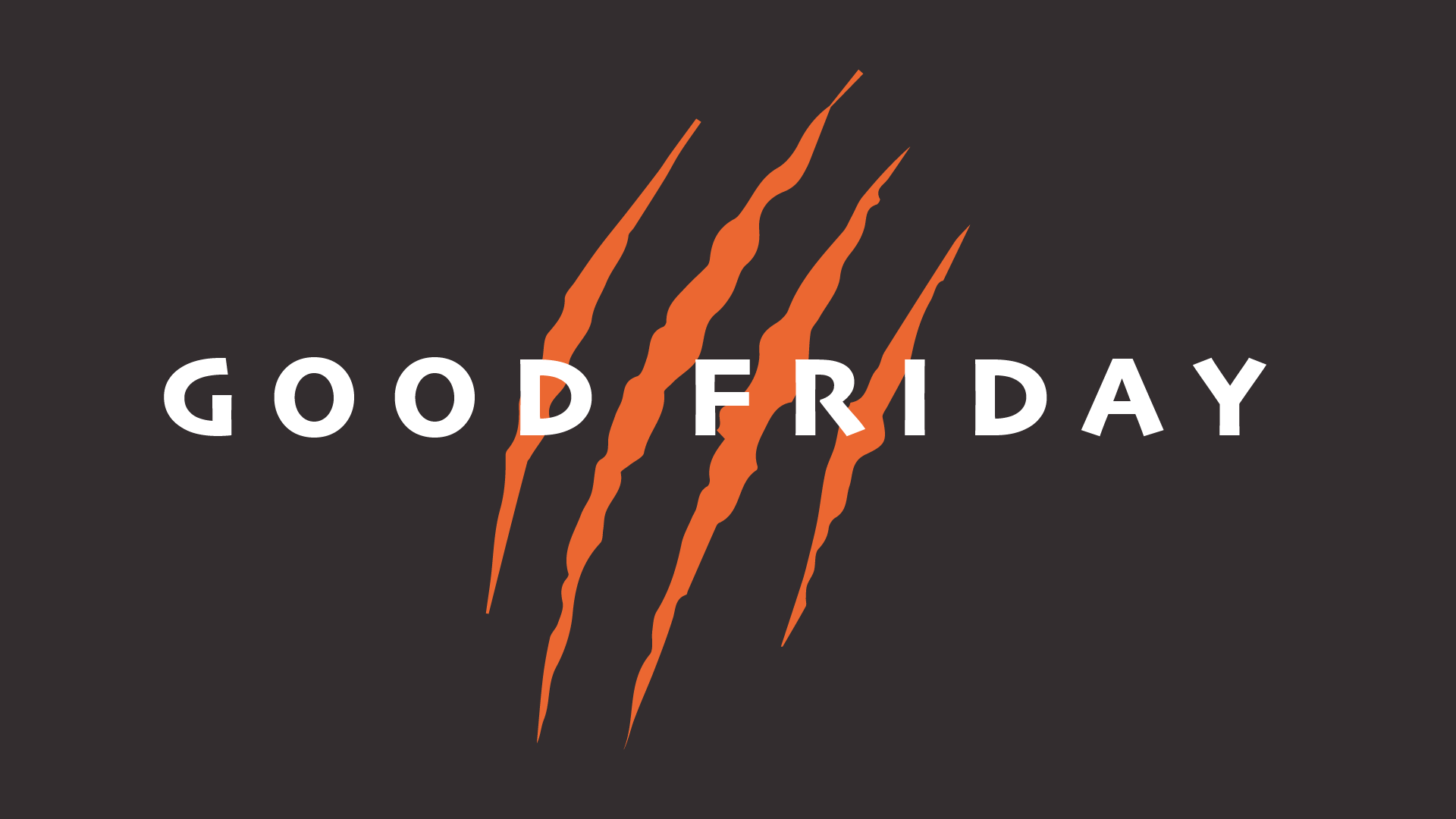 
Theme: Jesus is laid in the tomb. Into a hopeless world was born the child that would bring hope and light to the world. On this day, we see the conclusion of his ministry on earth, we mourn with the followers who heard his lessons, sat in amazement at the miracles he performed, and felt hope that he would be the one who would deliver them. In these moments it seems like Jesus’ ministry has ended, that those who stood against him won and unfortunately we have to leave it in that place, we cannot look ahead to Easter, but wait in the darkness and mourn. Good Friday has been called Passion Friday, Sorrowful Friday, Sacred Friday, God’s Friday, and Holy Friday, but is the day that the world was stripped of the light of Christ, and fell into darkness. In this moment, we mourn, we grieve and we wait for hope to make way through the darkness.

25 It was nine o’clock in the morning when they crucified him. 26 The inscription of the charge against him read, “The King of the Jews.” 27 And with him they crucified two bandits, one on his right and one on his left.a]”>[a] 29 Those who passed by deridedb]”>[b] him, shaking their heads and saying, “Aha! You who would destroy the temple and build it in three days, 30 save yourself, and come down from the cross!” 31 In the same way the chief priests, along with the scribes, were also mocking him among themselves and saying, “He saved others; he cannot save himself. 32 Let the Messiah,c]”>[c] the King of Israel, come down from the cross now, so that we may see and believe.” Those who were crucified with him also taunted him.

33 When it was noon, darkness came over the whole landd]”>[d] until three in the afternoon. 34 At three o’clock Jesus cried out with a loud voice, “Eloi, Eloi, lema sabachthani?” which means, “My God, my God, why have you forsaken me?”e]”>[e] 35 When some of the bystanders heard it, they said, “Listen, he is calling for Elijah.” 36 And someone ran, filled a sponge with sour wine, put it on a stick, and gave it to him to drink, saying, “Wait, let us see whether Elijah will come to take him down.” 37 Then Jesus gave a loud cry and breathed his last. 38 And the curtain of the temple was torn in two, from top to bottom. 39 Now when the centurion, who stood facing him, saw that in this way hef]”>[f] breathed his last, he said, “Truly this man was God’s Son!”g]”>[g]

40 There were also women looking on from a distance; among them were Mary Magdalene, and Mary the mother of James the younger and of Joses, and Salome. 41 These used to follow him and provided for him when he was in Galilee; and there were many other women who had come up with him to Jerusalem.

42 When evening had come, and since it was the day of Preparation, that is, the day before the sabbath, 43 Joseph of Arimathea, a respected member of the council, who was also himself waiting expectantly for the kingdom of God, went boldly to Pilate and asked for the body of Jesus. 44 Then Pilate wondered if he were already dead; and summoning the centurion, he asked him whether he had been dead for some time. 45 When he learned from the centurion that he was dead, he granted the body to Joseph. 46 Then Josephh]”>[h] bought a linen cloth, and taking down the body,i]”>[i] wrapped it in the linen cloth, and laid it in a tomb that had been hewn out of the rock. He then rolled a stone against the door of the tomb. 47 Mary Magdalene and Mary the mother of Joses saw where the bodyj]”>[j] was laid.

28 After this, when Jesus knew that all was now finished, he said (in order to fulfill the scripture), “I am thirsty.” 29 A jar full of sour wine was standing there. So they put a sponge full of the wine on a branch of hyssop and held it to his mouth. 30 When Jesus had received the wine, he said, “It is finished.” Then he bowed his head and gave up his spirit.

Jesus’ Side Is Pierced

31 Since it was the day of Preparation, the Jews did not want the bodies left on the cross during the sabbath, especially because that sabbath was a day of great solemnity. So they asked Pilate to have the legs of the crucified men broken and the bodies removed. 32 Then the soldiers came and broke the legs of the first and of the other who had been crucified with him. 33 But when they came to Jesus and saw that he was already dead, they did not break his legs. 34 Instead, one of the soldiers pierced his side with a spear, and at once blood and water came out. 35 (He who saw this has testified so that you also may believe. His testimony is true, and he knowsa]”>[a] that he tells the truth.) 36 These things occurred so that the scripture might be fulfilled, “None of his bones shall be broken.” 37 And again another passage of scripture says, “They will look on the one whom they have pierced.”

38 After these things, Joseph of Arimathea, who was a disciple of Jesus, though a secret one because of his fear of the Jews, asked Pilate to let him take away the body of Jesus. Pilate gave him permission; so he came and removed his body. 39 Nicodemus, who had at first come to Jesus by night, also came, bringing a mixture of myrrh and aloes, weighing about a hundred pounds. 40 They took the body of Jesus and wrapped it with the spices in linen cloths, according to the burial custom of the Jews. 41 Now there was a garden in the place where he was crucified, and in the garden there was a new tomb in which no one had ever been laid. 42 And so, because it was the Jewish day of Preparation, and the tomb was nearby, they laid Jesus there.

45 From noon on, darkness came over the whole landa]”>[a] until three in the afternoon. 46 And about three o’clock Jesus cried with a loud voice, “Eli, Eli, lema sabachthani?” that is, “My God, my God, why have you forsaken me?” 47 When some of the bystanders heard it, they said, “This man is calling for Elijah.” 48 At once one of them ran and got a sponge, filled it with sour wine, put it on a stick, and gave it to him to drink. 49 But the others said, “Wait, let us see whether Elijah will come to save him.”b]”>[b] 50 Then Jesus cried again with a loud voice and breathed his last.c]”>[c] 51 At that moment the curtain of the temple was torn in two, from top to bottom. The earth shook, and the rocks were split. 52 The tombs also were opened, and many bodies of the saints who had fallen asleep were raised. 53 After his resurrection they came out of the tombs and entered the holy city and appeared to many. 54 Now when the centurion and those with him, who were keeping watch over Jesus, saw the earthquake and what took place, they were terrified and said, “Truly this man was God’s Son!”d]”>[d]

55 Many women were also there, looking on from a distance; they had followed Jesus from Galilee and had provided for him. 56 Among them were Mary Magdalene, and Mary the mother of James and Joseph, and the mother of the sons of Zebedee.

57 When it was evening, there came a rich man from Arimathea, named Joseph, who was also a disciple of Jesus. 58 He went to Pilate and asked for the body of Jesus; then Pilate ordered it to be given to him. 59 So Joseph took the body and wrapped it in a clean linen cloth 60 and laid it in his own new tomb, which he had hewn in the rock. He then rolled a great stone to the door of the tomb and went away. 61 Mary Magdalene and the other Mary were there, sitting opposite the tomb.

The Guard at the Tomb

62 The next day, that is, after the day of Preparation, the chief priests and the Pharisees gathered before Pilate 63 and said, “Sir, we remember what that impostor said while he was still alive, ‘After three days I will rise again.’ 64 Therefore command the tomb to be made secure until the third day; otherwise his disciples may go and steal him away, and tell the people, ‘He has been raised from the dead,’ and the last deception would be worse than the first.” 65 Pilate said to them, “You have a guarde]”>[e] of soldiers; go, make it as secure as you can.”f]”>[f] 66 So they went with the guard and made the tomb secure by sealing the stone.

35 And the people stood by, watching; but the leaders scoffed at him, saying, “He saved others; let him save himself if he is the Messiaha]”>[a] of God, his chosen one!” 36 The soldiers also mocked him, coming up and offering him sour wine, 37 and saying, “If you are the King of the Jews, save yourself!” 38 There was also an inscription over him,b]”>[b] “This is the King of the Jews.”

39 One of the criminals who were hanged there kept deridingc]”>[c] him and saying, “Are you not the Messiah?d]”>[d] Save yourself and us!” 40 But the other rebuked him, saying, “Do you not fear God, since you are under the same sentence of condemnation? 41 And we indeed have been condemned justly, for we are getting what we deserve for our deeds, but this man has done nothing wrong.” 42 Then he said, “Jesus, remember me when you come intoe]”>[e] your kingdom.” 43 He replied, “Truly I tell you, today you will be with me in Paradise.”

44 It was now about noon, and darkness came over the whole landf]”>[f] until three in the afternoon, 45 while the sun’s light failed;g]”>[g] and the curtain of the temple was torn in two. 46 Then Jesus, crying with a loud voice, said, “Father, into your hands I commend my spirit.” Having said this, he breathed his last. 47 When the centurion saw what had taken place, he praised God and said, “Certainly this man was innocent.”h]”>[h] 48 And when all the crowds who had gathered there for this spectacle saw what had taken place, they returned home, beating their breasts. 49 But all his acquaintances, including the women who had followed him from Galilee, stood at a distance, watching these things.

50 Now there was a good and righteous man named Joseph, who, though a member of the council, 51 had not agreed to their plan and action. He came from the Jewish town of Arimathea, and he was waiting expectantly for the kingdom of God. 52 This man went to Pilate and asked for the body of Jesus. 53 Then he took it down, wrapped it in a linen cloth, and laid it in a rock-hewn tomb where no one had ever been laid. 54 It was the day of Preparation, and the sabbath was beginning.i]”>[i] 55 The women who had come with him from Galilee followed, and they saw the tomb and how his body was laid.